People trust uniformed police officers to prevent crime, keep them safe and maintain peace in their communities, and when these officers use force against innocent individuals in an unnecessary, excessive or punitive manner, their actions can result in serious injuries or even death. Police brutality is a constitutional and civil rights violation and it should never be tolerated, regardless of the circumstances surrounding the incident. If your civil rights have been violated by the misconduct of a Long Beach police officer, you are entitled to pursue financial compensation for your medical bills, emotional trauma, lost wages, pain and suffering, and other damages. Contact our knowledgeable police misconduct lawyers at DAG Law Firm today for a free consultation. Only with our legal team on your side can you ensure that your case is being represented by an attorney who considers your recovery a top priority.

Police brutality is horrible and tragic, and in the aftermath of such an incident, victims and their loved ones are often in shock, struggling to recover from devastating injuries and unable to process what needs to be done next, especially in cases where a loved one is killed. Victims of police misconduct should not also have to deal with insurance companies and fight for their right to financial compensation. If you are considering suing the Long Beach police department for misconduct or brutality, our attorneys at DAG Law Firm can help you stand up for your rights and seek the financial compensation you deserve for your losses. We are committed to representing victims of police brutality and other types of misconduct in Long Beach and will aggressively pursue the maximum possible compensation on your behalf.

The Fourth and Eighth Amendments to the U.S. Constitution were put in place to protect Americans against police brutality, illegal searches and other unlawful misconduct by police officers, including the use of excessive force or cruel and unusual punishment. In terms of police misconduct, excessive force is when police officers legally authorized to use force exceed the minimum amount needed to safely handle an incident or protect themselves and others from unnecessary harm. Even in instances where force by a police officer is necessary, the law requires that the degree of force used be directly proportional to the degree of threat. Some possible injuries resulting from a police misconduct incident in Long Beach include:

As an American, you have an inherent right to fair and equal treatment by law enforcement, but there are instances all over the United States of police officers abusing their power and causing serious or life-threatening injuries to innocent individuals. Police brutality remains a serious concern in Long Beach in particular, where in 2015, the rate of police-related fatalities was nearly triple that of the national average. That same year, the Long Beach Police Department was rated the fifth most violent police department in the country, behind only Indianapolis, IN, Oakland, CA, Oklahoma City, OK, and Bakersfield, CA. The most common types of misconduct claims brought against police officers are:

Liability is a tricky concept when it comes to police misconduct cases. Generally speaking, Long Beach police officers cannot be sued for actions they take while on the job so long as they are performing their duties within reasonable bounds. This so-called “qualified immunity” is intended to allow police to do their jobs without worrying about whether their actions could lead to a lawsuit. However, there are situations in which qualified immunity doesn’t apply, including cases where police officers violate another person’s constitutional rights or otherwise act in a way that is unreasonable and causes injury or harm. For example, deadly force can only be used during an arrest in Long Beach if it is necessary to prevent a suspect from escaping and the police officer has probable cause to believe that the suspect poses a significant threat of serious injury or death to himself or others. An officer doesn’t have to use deadly force against a suspect to be accused of police misconduct though. Even victims who suffer minor injuries caused by an unreasonable and unnecessary use of force can hold the officer liable for damages.

The use of excessive force by police is a serious violation and victims of police misconduct in Long Beach can file a civil rights complaint against the officer for monetary damages. In May 2017, a federal jury awarded $620,000 in damages to a 62-year-old Long Beach man who claimed to have been choked, beaten and shocked with a stun gun by police officers during a 2011 traffic stop. There is no amount of money that can heal the lasting emotional wounds caused by an incident of police brutality but obtaining compensation can help cover the cost of treatment and any lost wages from the inability to work.
Pursuing compensation by bringing a lawsuit against the police can be challenging, especially for individuals without an intimate knowledgeable of California law and how it applies to police brutality cases. There are many obstacles attorneys face when pursuing claims against the police, and whether your situation involves police brutality, wrongful arrest or an unauthorized shooting, it pays to enlist the help of an attorney who has experiencing handling police misconduct claims in Long Beach.

Police are given a great of power to carry out their duties as officers of the law, but when this considerable power is abused, the consequences can be devastating for victims. There are reports every day of police officers using unnecessary or excessive force, and in 2017 alone, 987 people were shot and killed by police officers in the United States. Even with increased awareness about the prevalence of police misconduct and efforts to limit it, innocent people are injured and killed at the hands of violent police officers on a daily basis. If you or a loved one suffered injuries at the hands of a Long Beach police officer who used unreasonable or excessive force against you, you may be able to seek legal compensation with the help of a Long Beach police misconduct lawyer. Contact our experienced attorneys at DAG Law Firm today to discuss your legal options. Our legal team has years of experience protecting the rights of victims injured by police officers in California and will aggressively pursue compensation for your injuries or your loved one’s death. 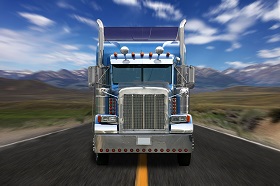 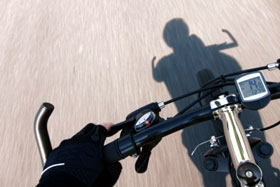 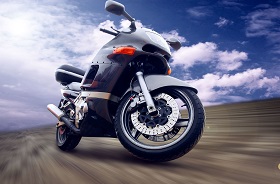